How the Ponseti method works

The majority of clubfeet can be corrected in infancy in about six to eight weeks with proper gentle manipulations and a series of plaster casts. The treatment is based on a sound understanding of the functional anatomy of the foot and the biological response of muscles, ligaments and bones to corrective position changes gradually obtained by manipulation and casting.

Less than 5% of infants born with clubfeet have very severely affected, short, plump feet with stiff ligaments that are unyielding to stretching. They also have a deep transverse skin fold across the sole of the foot and another crease above the heel. These babies require special treatment and may need surgical correction. The results are better if bone and joint surgery can be avoided altogether. Surgery in the clubfoot is invariably followed by scarring, stiffness and muscle weakness that becomes more severe and disabling after adolescence.

Treatment should be started in the first week or two of life in order to take advantage of the favorable elasticity of the tissues forming the ligaments, joint capsules and tendons. With our treatment these structures are stretched with weekly, gentle manipulations. 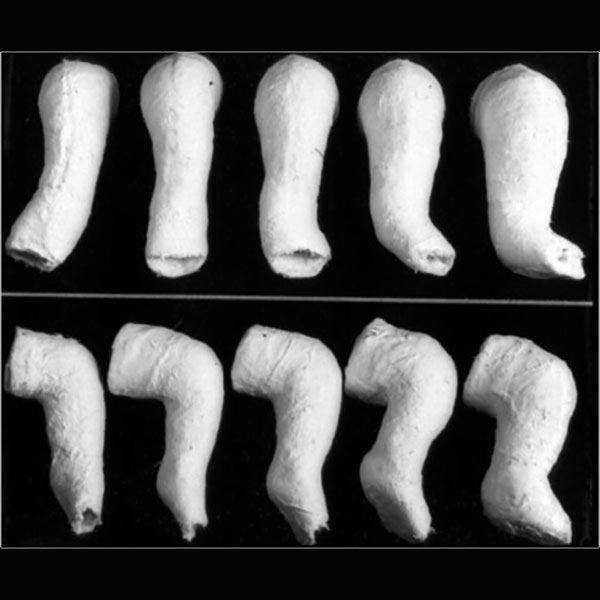 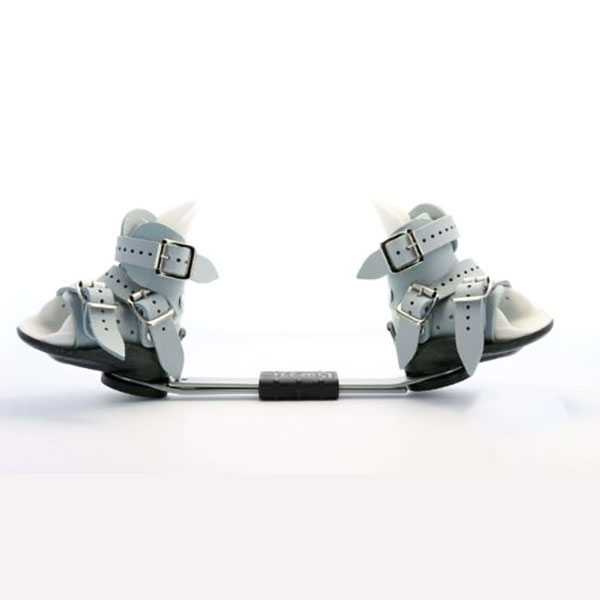 A plaster cast is applied after each weekly stretching session to retain the degree of correction obtained and to help soften the ligaments.

Thereby, the displaced bones are gradually brought into the correct alignment.

Five to seven plaster casts, extending from the toes to the upper thigh with the knees maintained at a right angle, should be sufficient to correct most clubfoot deformities. Even the very stiff feet described above require no more than 8 or 9 plaster casts to obtain maximum correction. Before applying the last plaster cast, which is to be worn for three weeks, the Achilles tendon is often cut in an office procedure to complete the correction of the foot.

By the time the final cast is removed, the tendon has regenerated to the proper length. After two months of treatment, the foot should appear overcorrected, as the tissues have a tendency to move back towards their former position after treatment is finished. Recently we found that the treatment can be shortened by changing the plaster casts every five days instead of every seven days.

Following correction, the clubfoot deformity tends to relapse. To prevent relapses, when the last plaster cast is removed, a splint must be worn full-time for two to three months, and thereafter at night for 3-4 years. The splint consists of a bar (the length of which is the distance between the baby’s shoulders) with high top, open-toed shoes attached at the ends of the bar in about 70 degrees of external rotation. A strip of plastizote must be glued inside the counter of the shoes, above the baby’s heels, to prevent the shoes from slipping off. The baby may feel uncomfortable at first when trying to alternatively kick the legs. However, the baby will soon learn to kick both legs simultaneously and feel comfortable. In children with only one clubfoot, the shoe for the normal foot is fixed on the bar in 40 degrees of external rotation.

During the daytime the children wear regular shoes. Shoes attached to the bar often cause pressure blisters and sores. To prevent such distressing problems, we have devised a new foot and ankle abduction orthosis that holds the foot firmly and comfortably in place without causing sores. For more information reference Ponseti AFO Solutions.